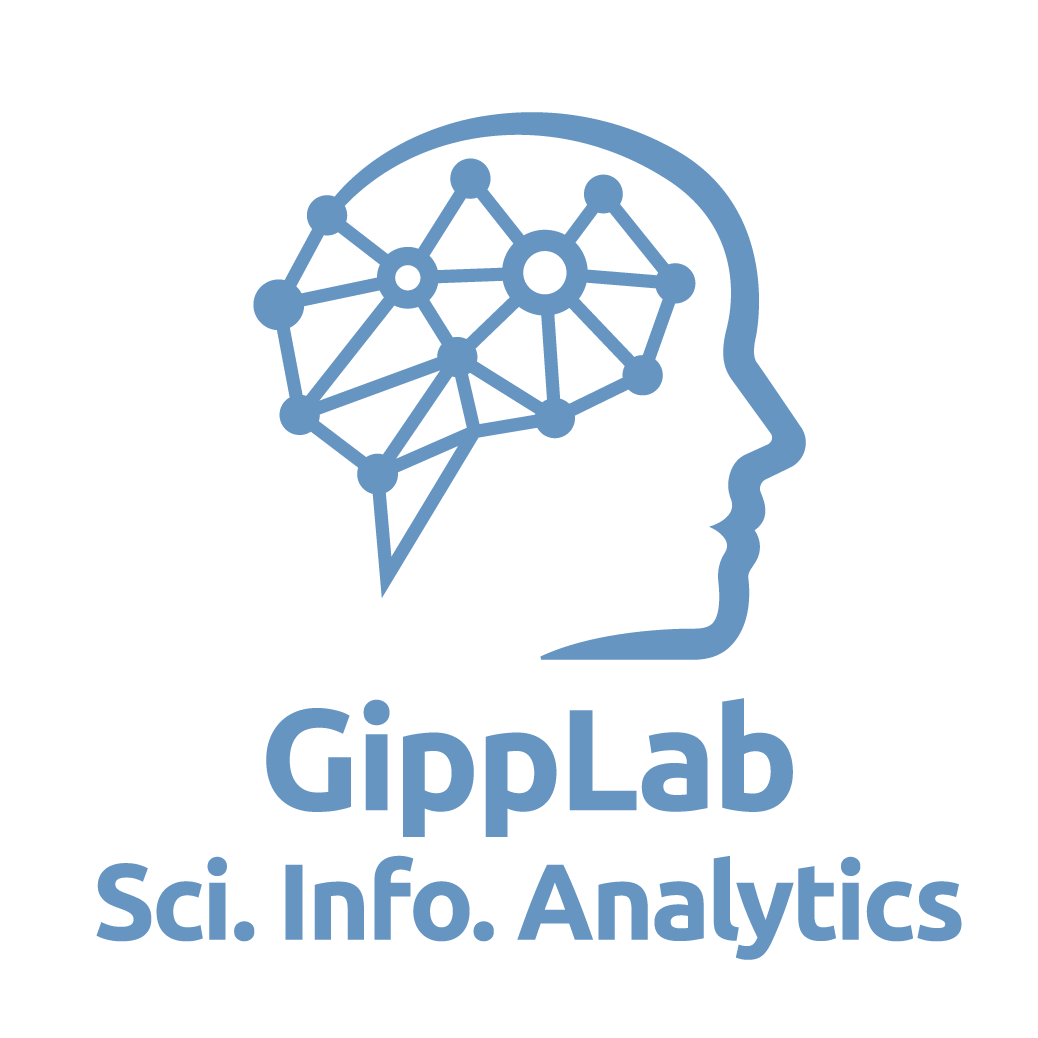 HyPlag’s code and the resources for our experiments, e.g., test cases, are available from GitHub
(login in GitHub first! user: hyplag-guest | pw: hybridPD20). 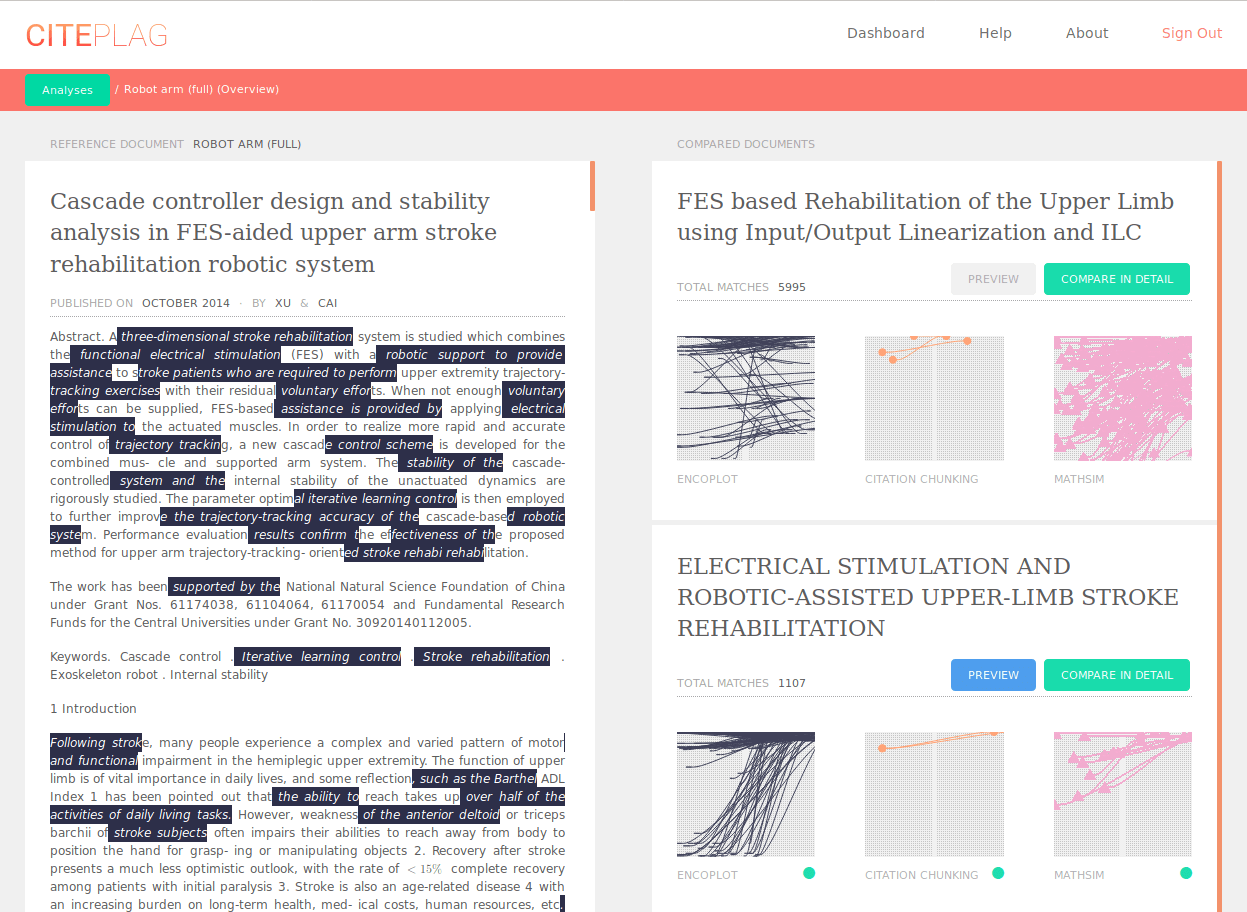 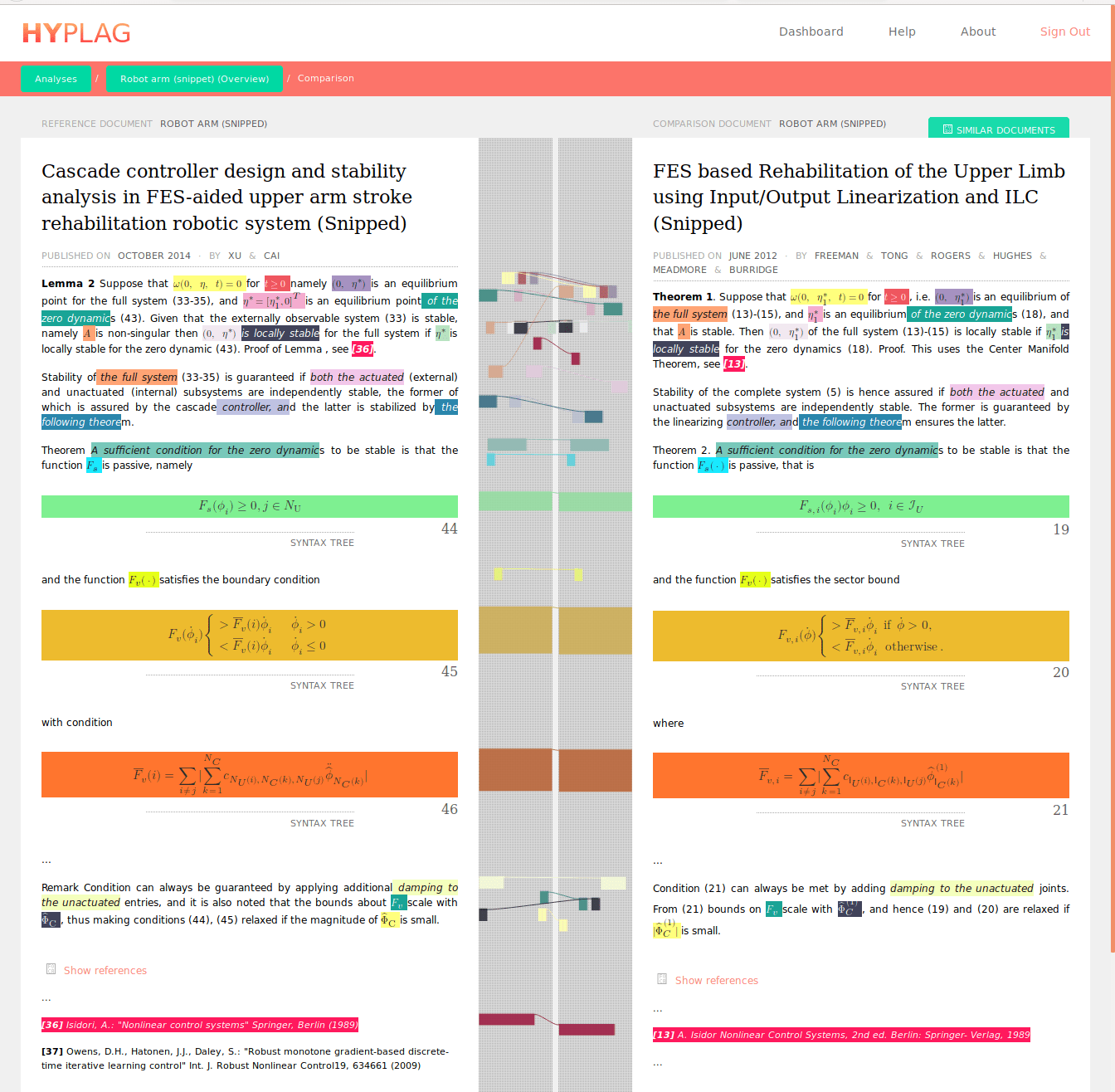 The two figures above show HyPlag’s main analysis views – the Results Overview (Fig. 1) and the Detailed Comparison View (Fig. 2). The Results Overview enables users to quickly browse all identified similarities and check which parts of the input document are affected. The left part of the screen shows the full text of the input document (see (1) in the left Figure). The right part shows a list of result summaries (2) for all documents, for which similarities to the input document have been identified. Each result summary includes one or more match views (3). Each match view has two panels and represents the similarities that an analysis method identified, e.g., matching citations or similar formulae. The left panel (4a) represents the input document and the right panel (4b) the comparison document. Matching features appear in the match views connected by lines. For the example, the match views in the left Figure show the similarity of text (left), citations (middle) and mathematical content (right) in a retracted article by and two papers by other authors.

The Detailed Comparison View (Fig. 2) allows users to inspect identified similarities in detail. The screen displays the full text of the input document (8) and a selected comparison document (9) side-by-side. Between the full texts, a match view (10) similar to the match views in the Results Overview highlights all matching features in both documents. However, in this view, each feature match (11a,b) is assigned a separate color. Clicking on any highlight in the full text panels or the central match view aligns the respective feature matches. Since the central match view represents the entire document, the current view port, i.e., the segment of text visible in the adjacent full text panel and the position of the text segment in the document, is indicated using a darker shade.

For details on HyPlag’s visualizations or system architecture, see [1].

HyPlag includes the following analysis methods for the different categories of non-textual content:

To create mathematics-based semantic fingerprints of documents, HyPlag uses three similarity measures that analyze mathematical identifiers. We showed that identifiers are most effective for this purpose in a previous study (see our project page on Math-based PD or [3] for details)

https://www.youtube.com/watch?v=Z8Xx5ZWDkbM The regional TV station WDR reports on our [...]

The Frankfurter Allgemeine Zeitung (FAZ) describes how our research on [...]

We are happy to announce that the DFG (German Research [...]

The Westdeutsche Zeitung interviewed our group member Norman Meuschke about HyPlag and our other [...]

University of Wuppertal reports on our HyPlag project