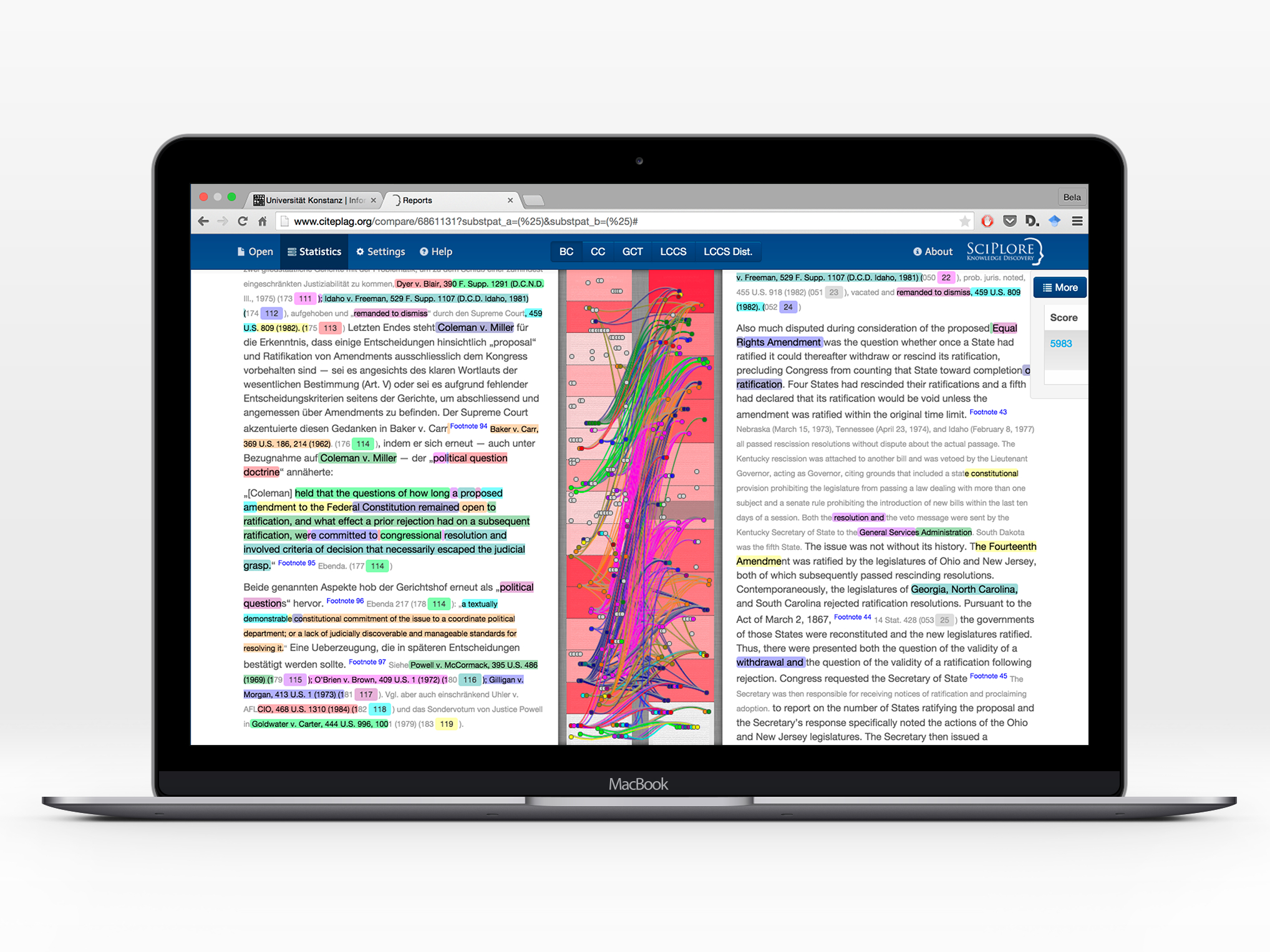 Our observations confirmed that citation pattern similarity often remains detectable even if text has been translated or strongly paraphrased [3]. Thus, in many instances, CbPD allows detecting plagiarism that could otherwise not have been automatically identified using the traditional text-based approaches: for example, when text was sufficiently disguised by synonyms or word rearrangement, or because copied text was translated. That citation patterns in plagiarized texts often have suspicious similarities with the citation patterns in the original source document(s) was also confirmed in our analysis of the plagiarized doctoral thesis of Karl-Theodor zu Guttenberg [5] as well an analysis of the VroniPlag Wiki performed in [2]. An evaluation of the citation-based approach on a large scale collection of over 200,000 scientific publications in the PubMed Central Open Access Subset demonstrated the practicability of the approach in a real-world setting and on a range of realistically disguised plagiarism forms [1].

For details and an in-depth analysis of the CbPD approach, refer to the doctoral dissertation of Bela Gipp, which is available as a book from Springer Vieweg Research [2] and for download here.

CitePlag implements several citation-based algorithms to analyze the citation patterns of publications. The screenshot above shows two publications visualized in the CitePlag prototype. Matching citations are highlighted and connected in a central column for quick document examination. The documents share no literal text similarity: the left publication is in English and the right in Chinese. However, one can see that the overlap of citations is high, and the order in which sources are cited is nearly identical in several paragraphs. The English text only contains 7 citations that are not shared (gray circles) with the Chinese text.

CitePlag is available as open source from GitHub

Media coverage of our CitePlag research

An article about our plagiarism detection system CitePlag appeared in [...]

CitePlag is the first prototype of a citation-based Plagiarism Detection (CbPD) System. [...]