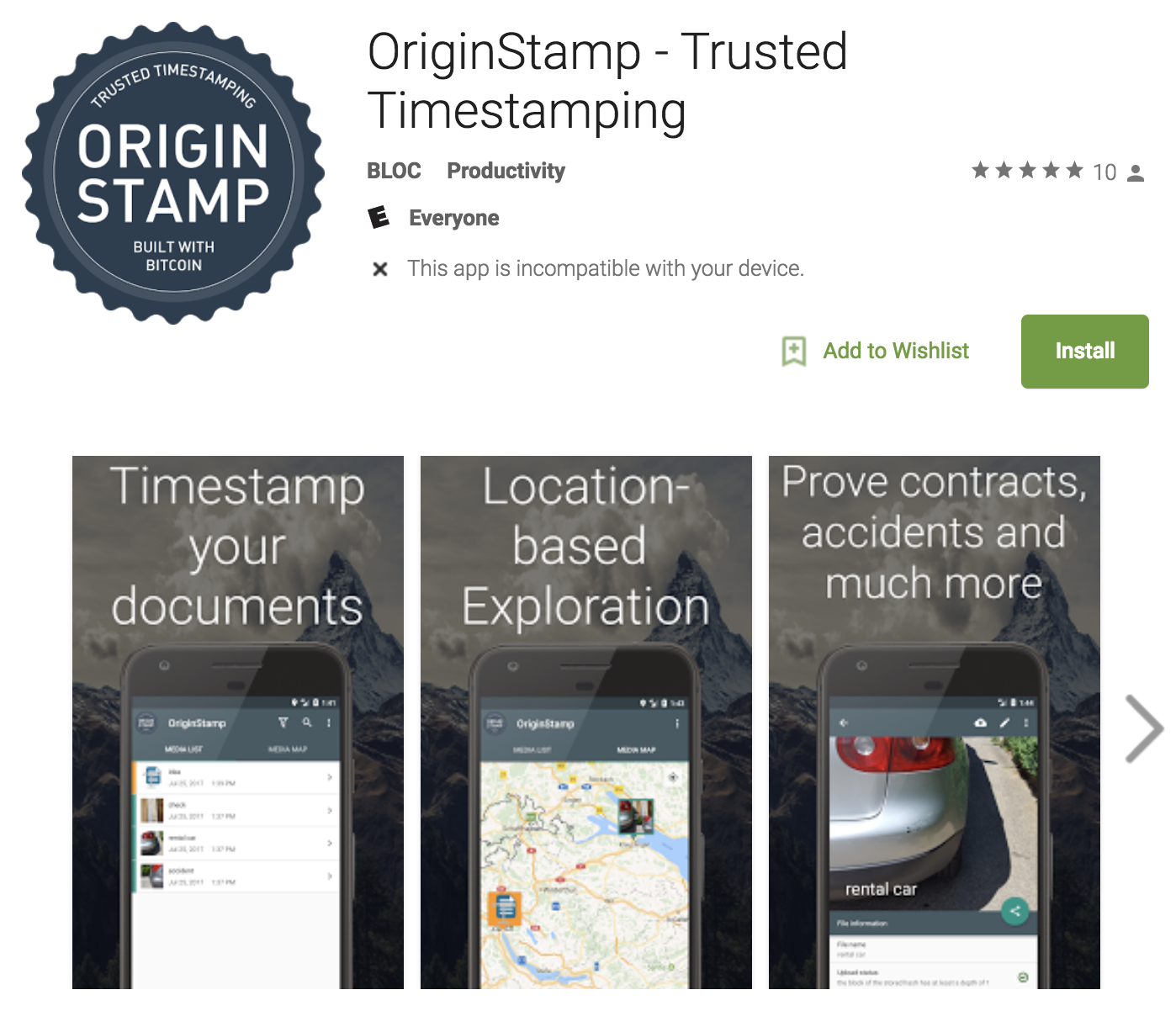 OriginStamp is a web-based, trusted timestamping service that uses the decentralized Bitcoin block chain to store anonymous, tamper-proof time stamps for any digital content. OriginStamp allows users to hash files, emails, or plain text, and subsequently store the created hashes in the Bitcoin block chain as well as retrieve and verify time stamps that have been committed to the block chain. OriginStamp is free of charge and easy to use and thus allows anyone, e.g., students, researchers, authors, journalists, or artists, to prove that they were the originator of certain information at a given point in time. Common use cases of OriginStamp include proving that:

The idea of timestamping is not new. Even before computers existed, information could be encoded and the code could be published, for example, in a newspaper. However, we use the block chain of the crypto currency Bitcoin as a decentralized, tamper proof, and cost-efficient timestamping authority. To see the OriginStamp project for yourself, please visit: www.originstamp.org

A talk on blockchain technologies and visions at the event ‘Blockchain – eine Kette an Möglichkeiten für Unternehmen’ organized by the Wirtschaftsförderung Bodenseekreis and the competence centre cyberLAGO:

For more information also have a look at the talk “Immutable research data trail” held by Bela Gipp at the Blockchain for Science symposium.

Scientific research does not occur in a vacuum. Instead, scientists [...]

Bela Gipp to give keynote at KO:MON Convention 2019

Bela Gipp will give a Keynote at the KO:MON convention in Bremen on September [...]

Bela Gipp to give a talk at ETH Zürich

ETH Zurich's DOI Desk is organizing a full-day event on [...]

If you have ever browsed viral videos, chances are, you [...]

Talk on blockchain technologies at the ‘Bodensee Mittelstand 4.0’ talk series

Bela Gipp will give a talk on blockchain technologies and [...]

Bela Gipp gave a talk about the immutable research data [...]

The eCoach teaching innovation project receives funding from Wikimedia Germany, the Stifterverband, and the Volkswagen Stiftung

Our blockchain-based Dashcam App in the news

An article about the Dashcam App in BTC-ECHO based on [...]

Click here to open the online version of the interview in "Die [...]